Posts from the ‘Theory’ Category

END_OF_DOCUMENT_TOKEN_TO_BE_REPLACED

Upon my arrival into Chicago for SCMS’s 2013 conference, I rushed off my plane in the hopes of getting to the next afternoon panel as quickly as possible. After transferring from the metro and finally taking a moment to look out the window of a CTA bus (the best place to direct your gaze in that situation), I noticed lamppost banners announcing “Picasso and Chicago.” Given my love of and appreciation for art, I was more than curious to know what exactly these signs were referring to. I had some vague notions, but was completely unprepared for what I would eventually discover in the Art Institute of Chicago. The Art Institute was the first museum in the United States to exhibit Picasso’s work in 1913, and it currently “celebrates the special 100-year relationship between Picasso and Chicago by bringing together over 250 of the finest examples of the artist’s paintings, sculpture, prints, drawings, and ceramics.” As I wandered through room after room of the exhibit, gazing at works from the artist’s Blue Period (my personal favorite), Rose Period, forays into neoclassicism and surrealism, and so on, I couldn’t help but feel like this was the closest thing I’ve ever had to a sublime experience. The sheer number of works like The Old Guitarist (1903), Mother and Child (1921), and The Red Armchair (1931) appearing side-by-side, one after another was awe-inspiring. END_OF_DOCUMENT_TOKEN_TO_BE_REPLACED

Discomfort Zones: where a film scholar tries to speak of subjects other than film… with a little film thrown into the mix, presents The Geography of Yearning, or The Golden Dragon, The Stage, and Depth of Field

(NOTE: The Geography of Yearning is the subtitle of Eric Overmeyer’s play On the Verge, but I recover it here as the main title because it is lovely).

When producer Michael Colgan explained how Samuel Beckett’s plays might benefit from screen adaptations, he summoned two differences between film and theater: the close-up, and the capacity to travel boundlessly and instantaneously. In Colgan’s words, theater engenders a two-fold thirst for mobility: the twin desires of getting closer to the action (an opportunity cinema affords the filmmakers, if not always the viewers, as the latter might be denied the closer look he wishes for) and stepping back far enough to eventually see something, and somewhere, else. 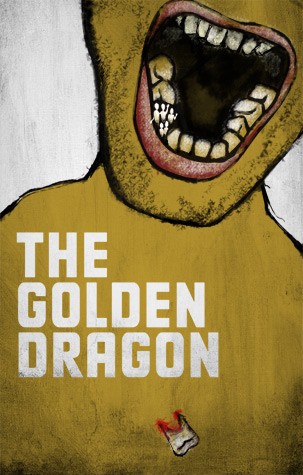 Anecdotally, we might point to these two differences as being some of the most available for invocation when debating the kinds of pleasures and frustrations of the stage and the screen. Chances for such debates are certainly not scarce: Colgan was interviewed in the occasion of the release of his project Beckett on Film (2000), an attempt to translate all of Beckett’s nineteen stage plays to film, bringing together internationally renowned casts and crews (Neil Jordan and Atom Egoyan behind the camera, John Hurt, Kristin Scott-Thomas and others in front of it) and up-and-coming Irish filmmakers (Enda Hughes, Conor McPherson and Damien O’Donnell, to name just a few). The screenings of the result, as well as the presentation of the DVD box set, rekindled the question for the new millennium. END_OF_DOCUMENT_TOKEN_TO_BE_REPLACED I was about 19 when my friend Joe introduced me to Neutral Milk Hotel’s In the Aeroplane Over the Sea. On a typical night drive across Lansing he’d say, in so many words, that what’s really great about this record is not its lyrical intricacy, or even, on a larger scale, the degree to which it comprises a time-spanning love letter to Anne Frank, but how Mangum is recorded as singing past his range: that you can hear how the note he wants to reach, the thing he wants his voice to make the song do, lies beyond his capacity – and yet he keeps climbing, and the result is enduringly awesome not despite but because of the inclusion (and at some points, centrality) of its “failures.” I stole and kept that reading; I still think of it when I hear the verses of Oh Comely build and break. Last Saturday, that album soundtracked the first 40 minutes’ drive away from Ithaca, and it made me think, like Safety Not Guaranteed (2012) a week ago at the Cinemapolis, like lines from Stanley Kunitz’s poem “After the Last Dynasty” that I copied from loving memory during Jonathan Culler’s lecture on lyric time, about the simultaneity of longing (for) and impossibility (of) when it comes to time travel – and about a mode of voice, or of the desire manifest in voice, that’s structurally asymptotic: articulating its limit in its very approach. END_OF_DOCUMENT_TOKEN_TO_BE_REPLACED

Theory Camp #2: Glad to the Brink of Fear

Lauren Berlant’s totem animal is roadkill. She begins our mini-seminar with a pedagogical heuristic picked up from Eve Sedgwick – a little something that we former(/eternal) camp counselors like to call, an icebreaker. We’re to introduce ourselves, remark briefly on our work, share our totem animal – and give the names and animals of everyone previous. It’s interesting to see how academics negotiate an immediate register-shift: from research areas to endangered species, or from a 100-person anonymous lecture to the intentional intimacies of seminar. Lauren wants to “float” (her verb du jour) ideas. She describes a pedagogy of attention, wherein it’s up to the current speaker (seated in the “floating chair”) to call on the next raised hand. I can’t be alone in wondering how this practice would have altered the course of the rather breathless Q&A that followed her talk last Monday. At orientation, director Amanda Anderson indicated that SCT is known for and largely fueled by and seemingly quite proud of its climate of “lively debate” – that said, I’m wholly unaccustomed to scholars straight-up yelling (but I’m also not sure I don’t like it). END_OF_DOCUMENT_TOKEN_TO_BE_REPLACED

Theory Camp #1: What May I Hope For the next five weeks, I’m stationed in Ithaca, New York, for the School of Criticism and Theory’s (SCT) 2012 session. In short: SCT is a private, formerly mobile (originating in Irvine, now 15 years happily settled at Cornell University), increasingly interdisciplinary critical theory institute, at which participants (a mix of graduate students and faculty) take a twice-weekly seminar from one of four core professors (each of whom gives a camp-wide talk with subsequent colloquia), while also attending guest faculty lectures, possible office hours, and any spontaneously-organized reading/viewing groups. In her orientation address, current director Amanda Anderson likens the experience to a six-week conference: rigorous and tightly scheduled, but also uniquely “product-free,” insofar as the institute offers no credit and thus demands no writing. Though prospective participants often worry about balancing their ongoing commitments with the intensive “disruption” of six weeks in Ithaca, Amanda highlights the intellectual/spatial/social scenery-change’s capacity to animate rather than arrest one’s work. END_OF_DOCUMENT_TOKEN_TO_BE_REPLACED

The Lichtenberg Knife: Freud, Jung, and the Early History of the Psychoanalytic Movement

A three part essay on Freud and his attempt to manage the early psychoanalytic movement and its official terminology.* Freud & Jung posing for a photo during an ill-fated arctic expedition ca. 1912. One man and three dogs met their deaths during this endeavor. This traumatic episode put a great deal of strain on the two mens' relationship.

With David Cronenberg’s A Dangerous Method still fresh in my mind – it opened the Three Rivers Film Festival last month – I thought I would seize the opportunity to revisit the historical chronology of events to which the film rather closely adheres. Forming a kind of counterpoint to Freud’s own “History of the Psychoanalytic Movement,” the film begins and stays with Jung, a welcome and unorthodox approach for histories of psychoanalysis, as it charts its emergence as a practice and movement, beginning with a moment when even it’s name – a subject I return to below – is not yet established, and its credentials still largely questioned. The Jung the film begins with is moreover an almost pre-Freudian Jung, already deeply influenced by him but still somewhat independent and devoted to the methods of dream analysis he was practicing before Freud’s work took hold of him completely, if briefly as it turns out. In fact, so much of the film is devoted to charting Jung’s resistance to Freud’s “seductions,” as he puts it, which are proving more powerful and explanatory, it would seem, than Jung’s more elusive mystical and telepathic convictions. Even so, the film is more squarely aligned with Jung’s perspective than Freud’s, making it an interesting if fictional rejoinder to Freud’s version, published in 1914, the year in which the film ends, when the ‘movement’ was ostensibly established and a certain legitimacy obtained. END_OF_DOCUMENT_TOKEN_TO_BE_REPLACED